It has now become a tradition to reflect on my Me-Made-May adventures a week late, right when I have recovered from the exhaustion of choosing outfits from a relatively small selection of clothing. 😉

Last year I pledged to wear me-mades head-to-toe, and I managed to do it for 27 days out of the 31 with no repeats. This year my pledge was to wear me-mades from head-to-to every day, including bras, and to do something sewing related daily (kind of failed at this, but I did sew a lot in May).

During the first few days I was feeling a bit lost and uninspired, but as soon as I took the burden of photographing outfits daily off my shoulders (by taking all the photos over the weekends), I ended up totally loving it, just like in previous years.

This year I was sharing my outfits daily on Instagram, which made Me-Made-May so much more fun, since not only did I get a massive amount of positive feedback, I also was really inspired by all the fantastic sewists I discovered, as well as by those I have already been following.

Having lovely sewing friends/bloggers who read this blog and who always found the time to say something encouraging also helped make this month extra special for me. So I would like to say a big THANK YOU, because sewing is a lot of fun on it’s own, but being part of this community is what it makes it way more than a hobby to me.

So without further ado, here is here is a look at what I wore and how my me-made wardrobe changed in a year. 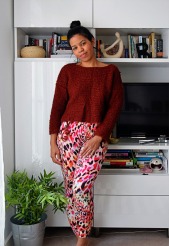 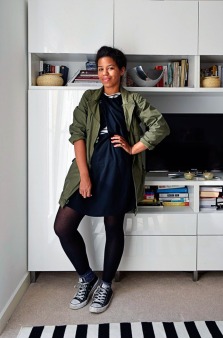 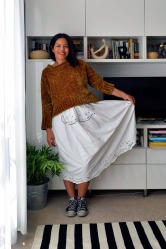 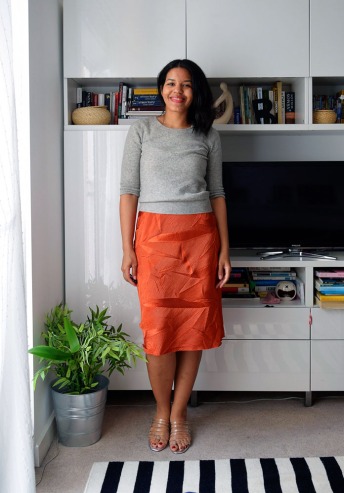 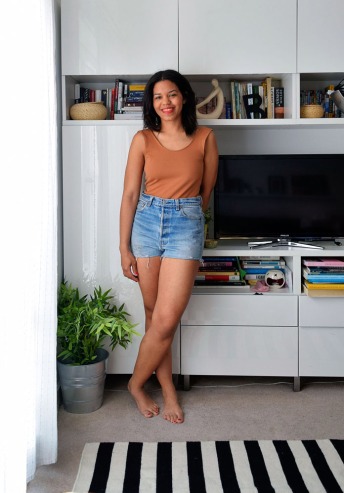 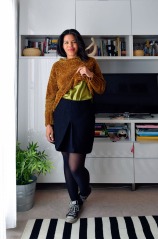 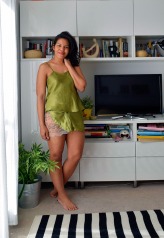 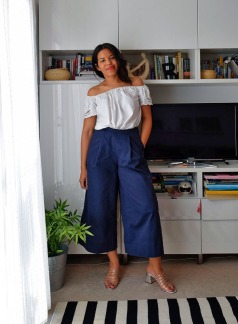 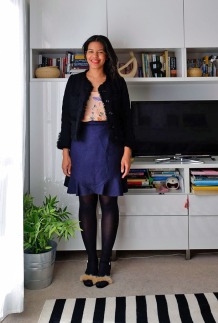 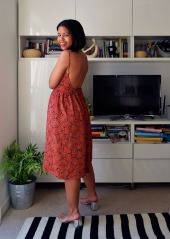 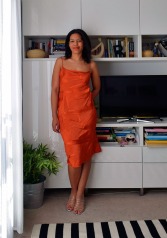 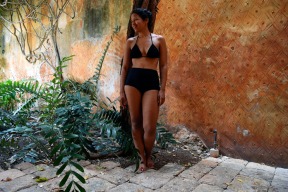 I wore 31 me-made garments during the month, and while I missed posting daily outfit photos on Instagram a few times, I did manage to keep up with the challenge every single day of May. In total I wore:

In 2016: I concluded that I needed casual & comfortable dresses that I can wear in all (London) weather conditions.

Since 2016: I have made 7 new dresses and wore all of them except for the Vogue dress. I am really happy with how comfortable they are, but most of them are not exactly suitable for work due to the tiny spaghetti straps or the lack of coverage at the back. I do make them work anyway. 😉

I need: Nothing really, but a Little Black Dress is due to be made for the #makenine challenge, so if I find inspiration, then it’s going to happen. I am also turning 30 in July, so I feel like I should make something special like the Birthday Dress, to get more excited about the otherwise rather small celebration.

In 2016 I wrote: “I really enjoyed wearing the lime green A-line skirt this year, and I would like to make a few similar ones of lighter materials for summer.”

Since 2016: I have made two wool skirts that are perfect for work.

I need: Again, I don’t need anything else, but I would love to have a light, button-down midi skirt in a solid colour for the summer, and an A-line denim skirt, maybe with some embroidery.

In 2016 I wrote: “ I need more trousers!!! I am taking a pattern cutting course at Morley College again, now learning about the trousers block, so hopefully I will be able to improve on this soon. ”

Since 2016: The pattern cutting class definitely made me more confident in making trousers, and so two new pairs were born. The Delpozo inspired bright blue one felt like a failure at first, as it turned out very tight and I thought it was too fancy for everyday wear. Me-Made-May however, made me see how versatile it really is, and I love that it’s impossible to feel underdressed wearing them.

The other pair I made, the navy culottes, was love at first sight. It’s practical, comfy and seems to go with absolutely everything. 😀

I need: Finally I don’t feel desperate for new trousers. I would love to tackle sewing jeans, but I am not a huge fan anyway, so this project can wait.

In 2016: “I need more tops! I probably need to go back to the Wardrobe Architect project and finish it before I start making things that don’t work with the rest of the wardrobe. I have a few ideas already though, and after the trials and tribulations of making my second shirt, I think I enjoyed the process just as much as I enjoy wearing it, so I’m up for making more!”

Since 2016: I made two super simple tops that quickly became favourites. Since finishing the challenge, I also finished a white linen shirt, which I suspect will also be a staple.

I need: I bought some fabric with making tops in mind (meaning= I didn’t want to spend much money, so I only bought half a meter each 🙂 ), I just haven’t figured out what kinds of tops they should be…

For the first time this year, I was also wearing me-made bras and swimwear too. When I started making bras I didn’t think I’ll ever stop making them, but somehow I managed to end the obsession after bra number 2. Even though we made a pair of knickers during my lingerie making course at Morley, and I found it way easier than I remembered, I am still not confident enough to give that a go.

I need: To finish the toile for the self drafted bra that I’ve started a long time ago. Other than that, I think I am okay in this department.

The first week of the Me-Made-May challenge is over, so I thought I would take a long hard look at how it went. 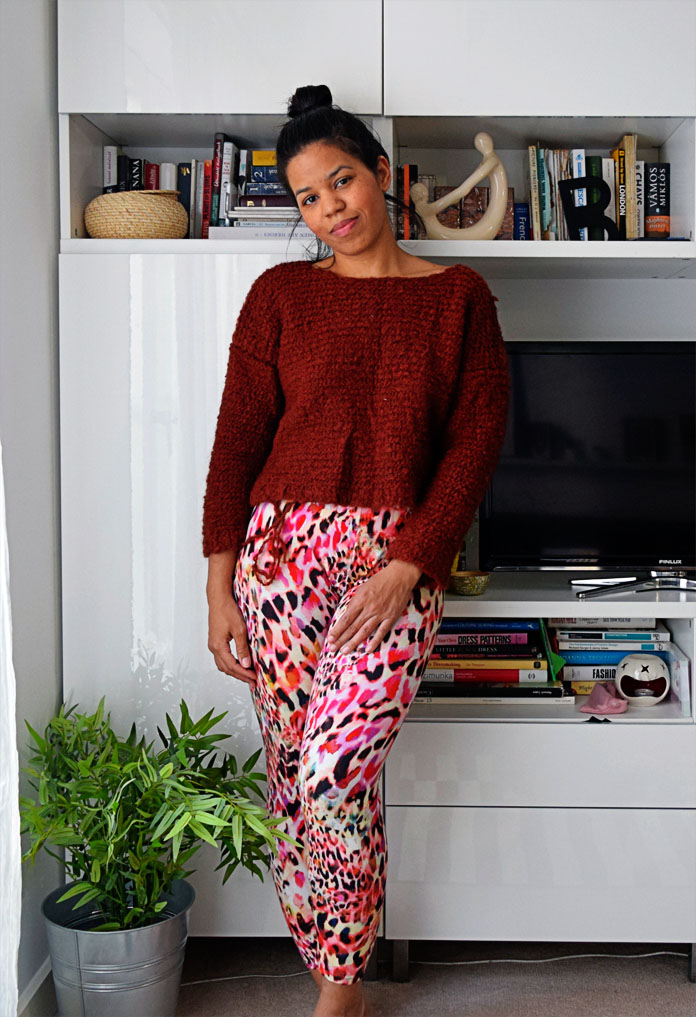 I spent the day at home, sewing for over 8 hours, so I had to make an effort to actually get out of my pyjamas and into something me-made yet very comfortable. The only item I have that fits that bill at the moment are these leggings, that I sewed up because I felt guilty for buying 3 meters of this fabric from the remnant box and not wanting to do anything with it.

As for the jumper, this is the only garment I have ever knitted, but I wasn’t very happy with the result when I (kind of) finished it (=see yarn hanging down at the hem 🙂 ), so I decided I will only wear it at home until I get around fixing the issues.

I really liked wearing this outfit, but cycling in these trousers is a nightmare and every time I go somewhere I return with more oil stains. 😦

These culottes are fresh off the sewing machine. I am very happy about how they turned out, the only problem is that the zip is too short (long story…), so getting in and out of it is a challenge. 😀

Even though it’s May, it’s fairly cold these days in London, so I went for maximum comfort. I honestly didn’t realise how frumpy I looked until I got home and took a photo. To be fair, I did fall asleep at 7 pm, right after this photo was taken, so for an exhausting day like that, this outfit was just fine.

I have only just noticed that I wore the same colour combination on Day 3 too. One could think I have a thing for wearing navy and ochre together, but weirdly enough I have never worn this skirt and jumper together.

I visited my best friend in Brighton wearing this, and the weather was so nice I actually had to take the tights off from under the culottes. I really love how these new trousers work with my older pieces. 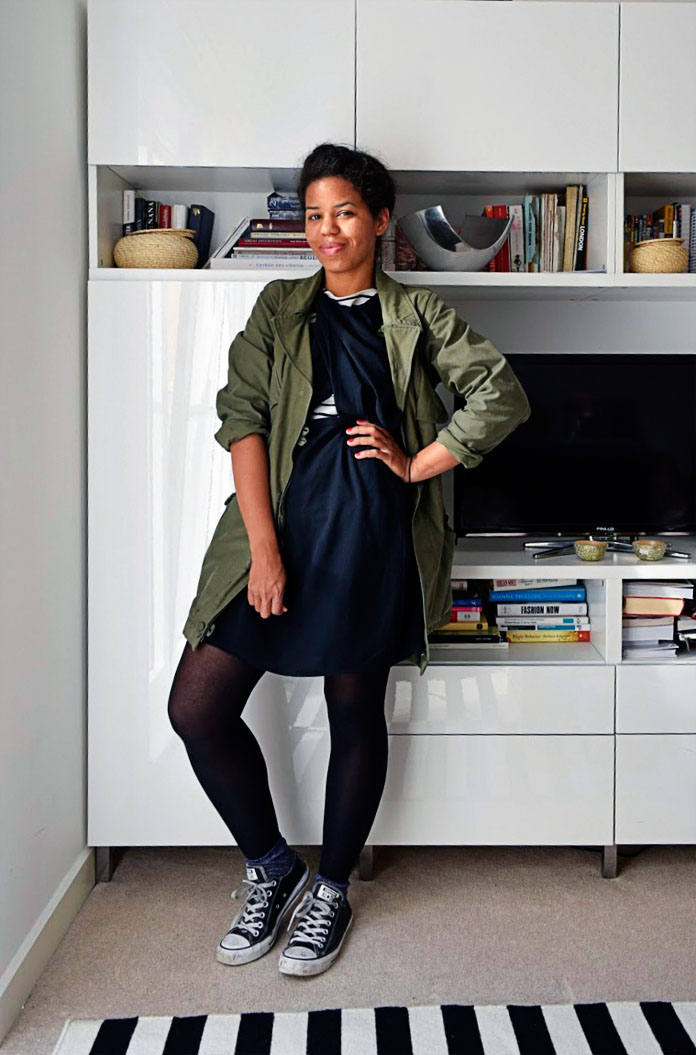 On the last day of the week I was actually wearing the previous outfit, but we did go out until early morning and I was wearing this. This is a tried and tested combination, with the option to go all sexy and backless if I feel very hot from all that dancing and wear the dress without the top. I have yet to do that, but I like having the option. 😉