Going to a vintage pound sale weekend once or twice a year has become a tradition for me and a good friend of mine. It’s usually in a warehouse somewhere in East London, we usually plan to get there first thing in the morning on the Saturday, and usually end up arriving hours after the opening on the Sunday.

We usually still have to queue up, which is a great opportunity to catch up, and we usually end up being a bit disappointed with the offer, but still manage to walk away with some goodies. Usually. Around this time last year, those goodies were these two leather coats for £1 each. 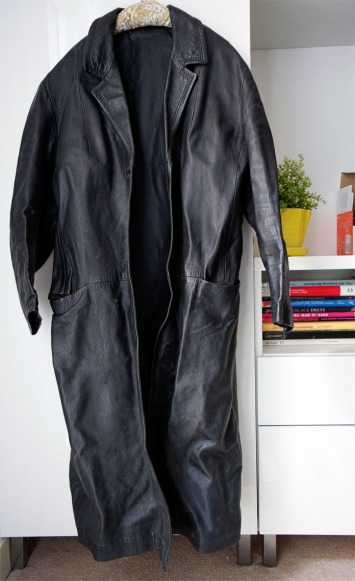 I must have spent over an hour searching for them, as most of the jackets on sale were mouldy, cracked  or had been made up of small pattern pieces. These two have seen better days too, but after dismantling them, I had enough material to make something wearable out of it.

I already have a leather-like skirt, which I don’t really wear because I don’t like the shiny material, so I knew there was a gap in my wardrobe that I now had the fabric to fill.

The pattern is a self-drafted one, based on the also self-drafted basic skirt block I made using Winifred Aldrich’s book (I bought the old version for a couple of pounds, but psst: it’s also available for free in PDF somewhere online…). 😉 It was supposed to be a simple A-line skirt, but I had to make modifications according to the size and shape of the pieces I had from the disassembled coats. 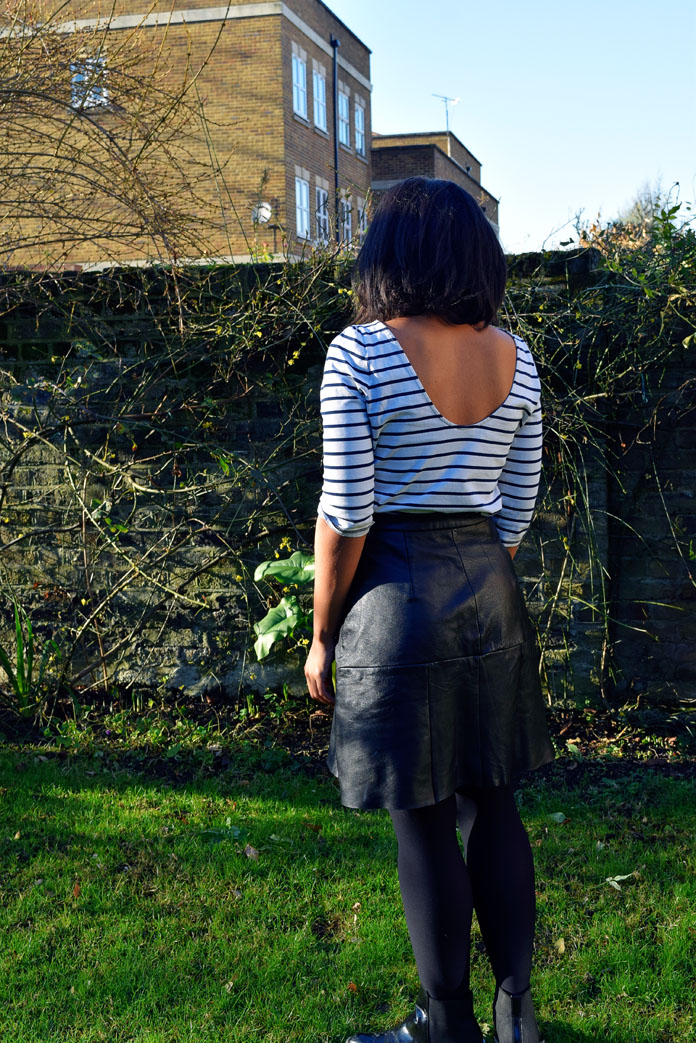 It has an exposed zip on the side, a simple waistband and no lining… which decision I may have to reconsider. I have worn this skirt a lot, especially during Me-Made-May last year, but somehow I keep forgetting that it sticks to my tights while walking and how annoying that is. So next time I feel bored, I may add a lining and see if that resolves the issue…

Like I might have mentioned earlier, I was not going to take part in this year’s Me-Made-May, as I wasn’t keen on the idea to wear 1 me-made piece/day again, like I did for the previous 2 years. I also didn’t think I had enough garments to ONLY wear me-mades for a whole month. But then I didn’t want to feel left out either. 🙂

I’ve spent a few days in Budapest recently and while waiting for the plane back home, I started listing the things I’ve made and realized I could actually pull it off with a bit of creativity. I knew I had clothes in my wardrobe that I hardly ever wear, so the objective had to be to not only wear as many handmade pieces as I can, but also to be honest with myself and give away those I don’t enjoy wearing at the end of the month.

This first week was really challenging, as we practically skipped spring and went straight into summer. Since I wouldn’t wear most of my skirts without black tights on, my options became even more limited. I pretty much struggled through the week, but as I was taking photos yesterday I just realized it doesn’t have to be as hard as I thought.

It turns out most of my clothes actually work well together, some of the dresses can easily be turned into skirts or can be worn as a top. I managed to come up with 21 different combinations so far using 15 pieces, and this is just the number I cared to take pictures of…

So here is what I wore this week: 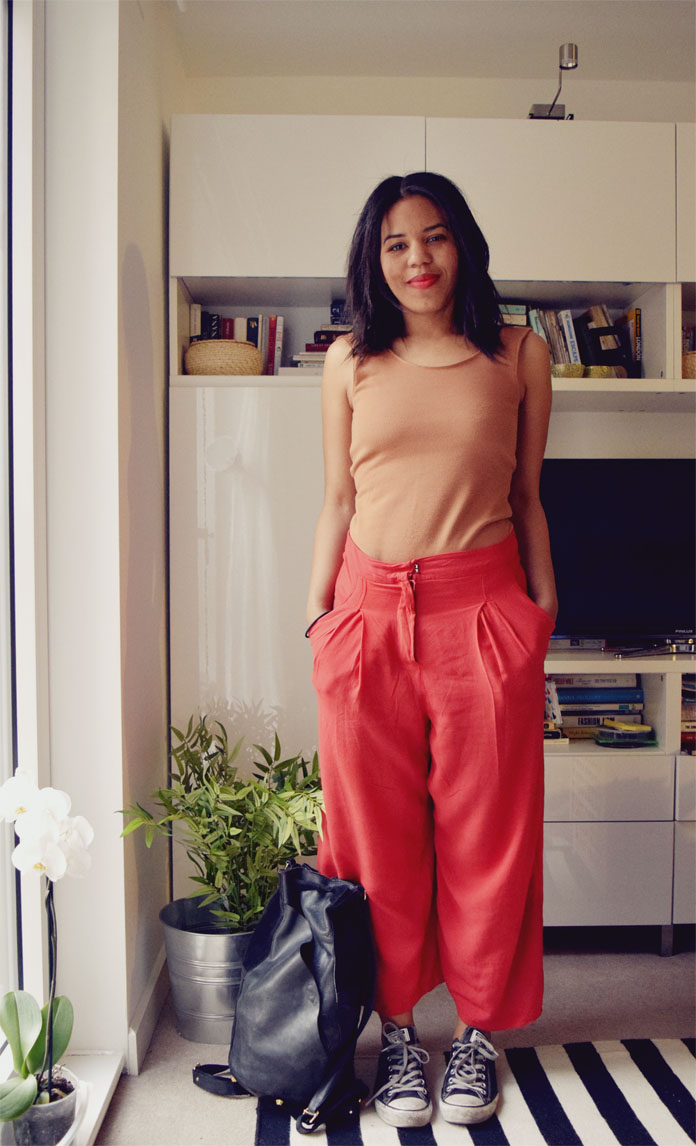 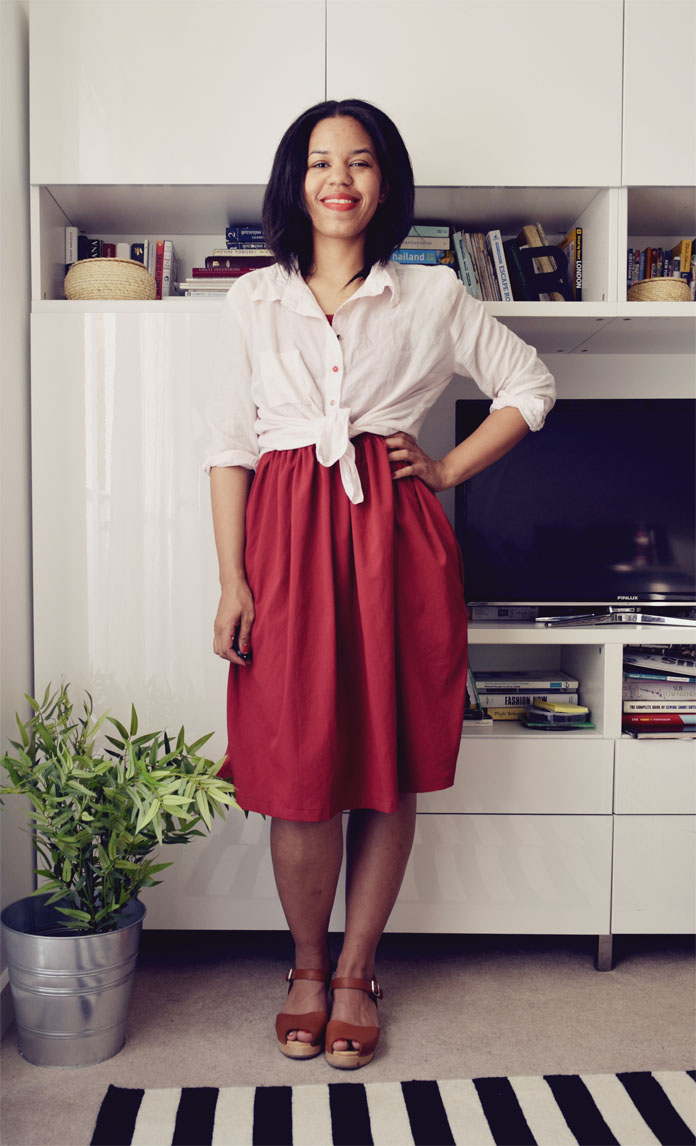 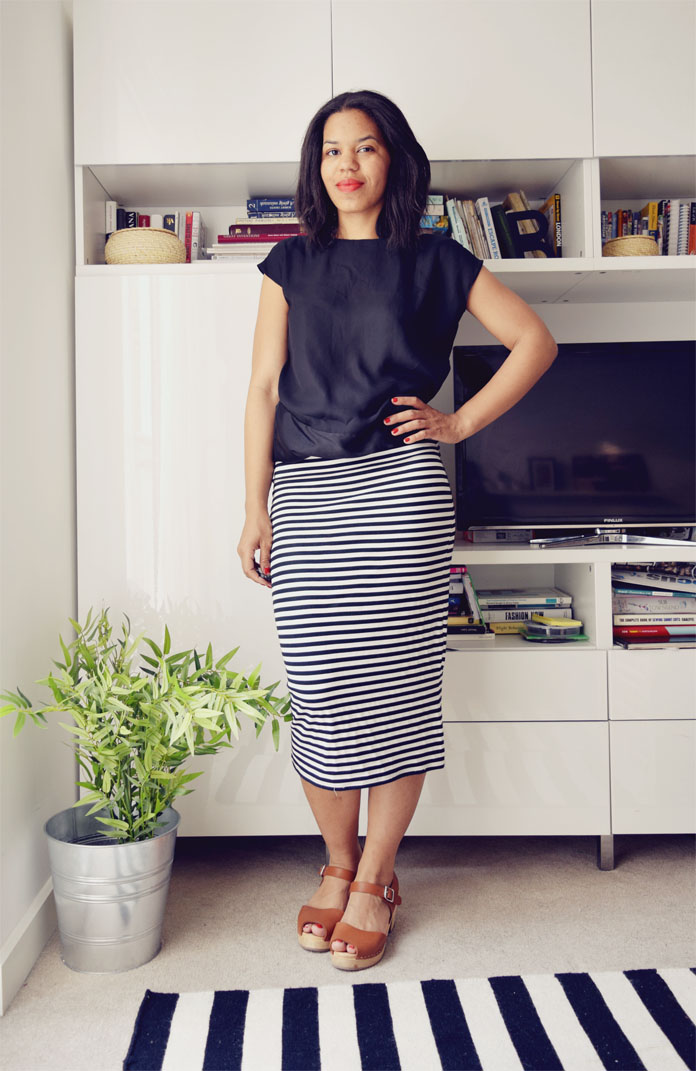 Here comes the A-line skirt that I made a few weeks ago. I used the pattern for the shorter skirt that can be found in the May 2012 issue of Burda Magazine. 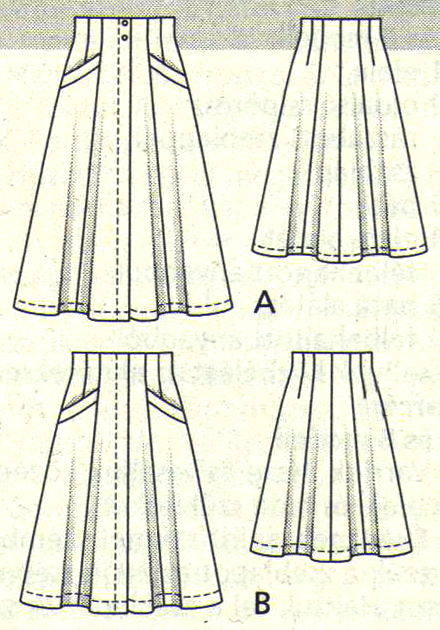 We were lucky to have a sunny bank holiday weekend here in London, so I could play dress-up outside. The buttons are not quite on the right place, hence the little hole, but I just couldn’t be bothered to move them as of yet. The grey and denim tops are my sister’s, and the striped crop top is something I cut-off a few weeks ago when I couldn’t find anything to wear for a night out. Have a look! 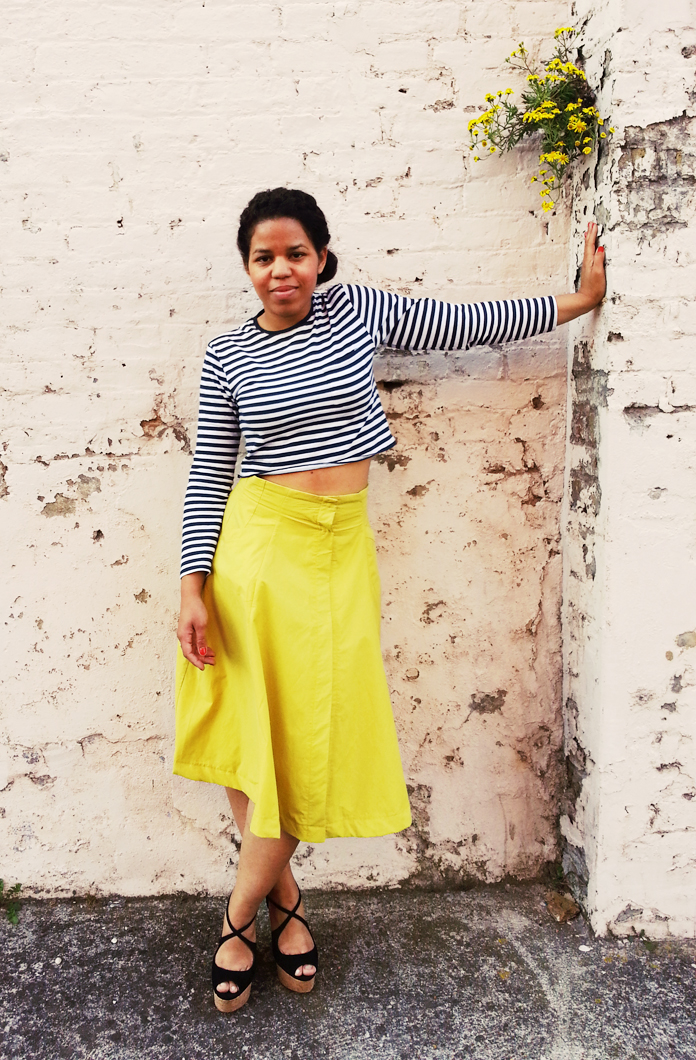 As you might remember, I had some issues with the look of the inside of the skirt, but since I restarted the whole thing, I managed to make it pretty enough. I used French seams, a faced hem and fabric covered snap-fasteners instead of the buttons suggested by Burda. I am rather pleased with the results, although the hemline is still far from perfect. Maybe next time… 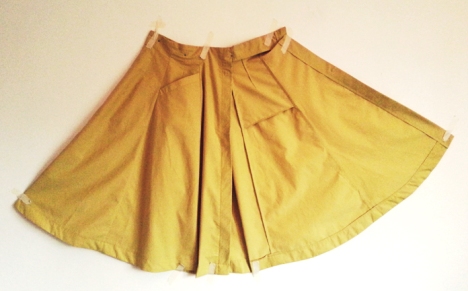 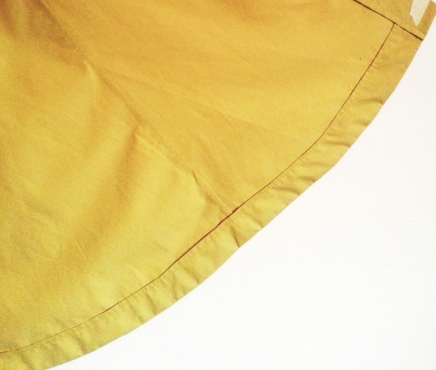